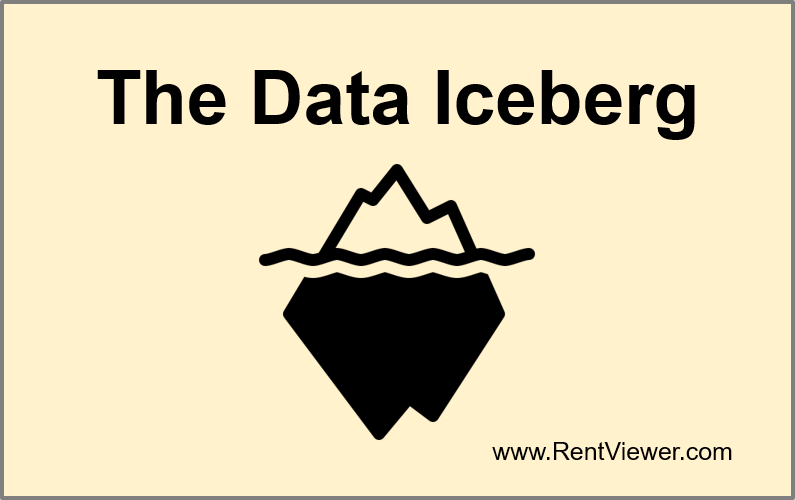 Dashboards and icebergs have something in common: they both have a part that is visible and a part, much larger, that is not visible.

The invisible part of a dashboard is the data that gets pulled into the dashboard.

The effort, and therefore the cost, involved in building these two parts of a dashboard can be as lopsided as 20:80, with 20% of the hours going towards building the visual components that one sees, and 80% going towards preparing and checking the data.

There are several reasons why the data part can take so much more effort, some of which are unknown when the project starts. And that’s another reason why the iceberg analogy is appropriate.

You see, a dashboard project isn’t complete until all the data checks out. In fact, in order have full confidence in the accuracy of the data displayed in the dashboards, one should validate the data several times before and after going live.

The Numbers Don’t Always Tie Out

The data accuracy is confirmed by comparing the numbers displayed in the dashboard with the numbers in the reports from the property management system. Sometimes, the numbers don’t match.

We allocate some hours in our dashboard cost estimates for investigating and resolving such discrepancies, this work can sometimes end up being significantly more than our estimate.

There are various methods for investigating the differences in the numbers. The usual questions asked include:

This is a process of elimination, and it can account for a significant portion of the hours spent on the project.

Another area of the data prep that can involve many hours is extracting data from the property management system. Sometimes, there are errors in connecting to the system, and failures, such as timeouts and loss of connectivity, can occur during the data pull.

Such situations drive up the effort for completing a project.

Looking back at over fifty of our dashboard projects, we have spent much more time, more than 75%, on the data side than on building the visual side of the dashboard.

If  you have a challenging dashboard project, or want to validate an estimate you have received, give us a call.